By Cristina
Posted November 25, 2019
In Uncategorized
1 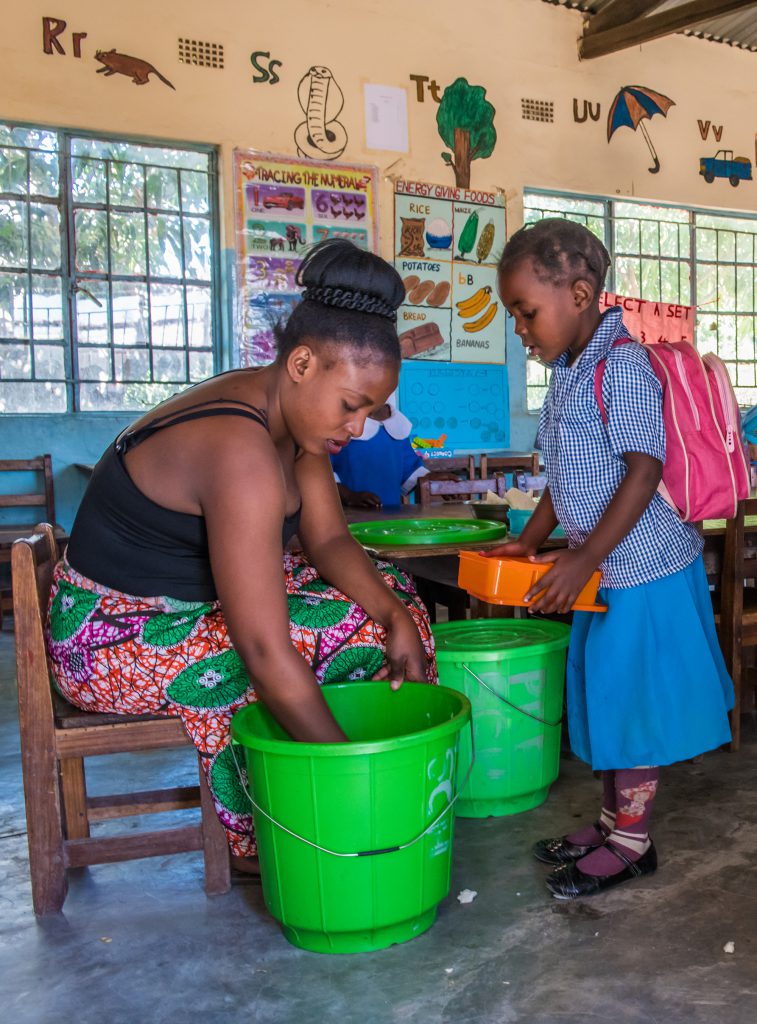 Our biggest investment in Nakatindi Primary School this year has been to re-launch the School Lunch Program after a short hiatus. The program began again in May 2019, much to the delight and relief of the pupils and their families. 2018/19 has been an extremely challenging time for Zambia, where we have experienced to worst drought to hit the country in decades. With poor rains, failed crops and significant power shortages, many communities are struggling to survive. As a result, providing a healthy, nutritious meal to the pupils each day has had an even more profound impact on the pupils than we could have anticipated. Thanks to our generous donors, we are thrilled to be able to continue the program into 2020! This is consistent with how AKP operates everywhere: in partnership with each stakeholder bringing something to the table.

Before beginning the new program at the beginning of Term 2 in May, we held a series of formal meetings with the Ministry of Education’s District Education Board Secretary, Nakatindi Primary School Headteacher, Nakatindi PTA Chairman and AKP’s on-site Philanthropy Coordinator. During these meetings the details of a new Memorandum of Understanding (MOU) were agreed, with the new agreement formally signed on 10th April 2019. The key stipulations of the MOU focused on the commitments of AKP for providing all necessary food supplies and initial refurbishments alongside the school’s commitment to providing the firewood requirements and payment for the 6 local cooks.

Following the official signing of the MOU and before the pupils returned from holiday, we renovated the outside shade structure used as the canteen area for the pupils and purchased new cooking equipment and serving utensils – from cooking pots, large food storage containers, hand-washing stations and of course, the all-important nshima cooking spoons! 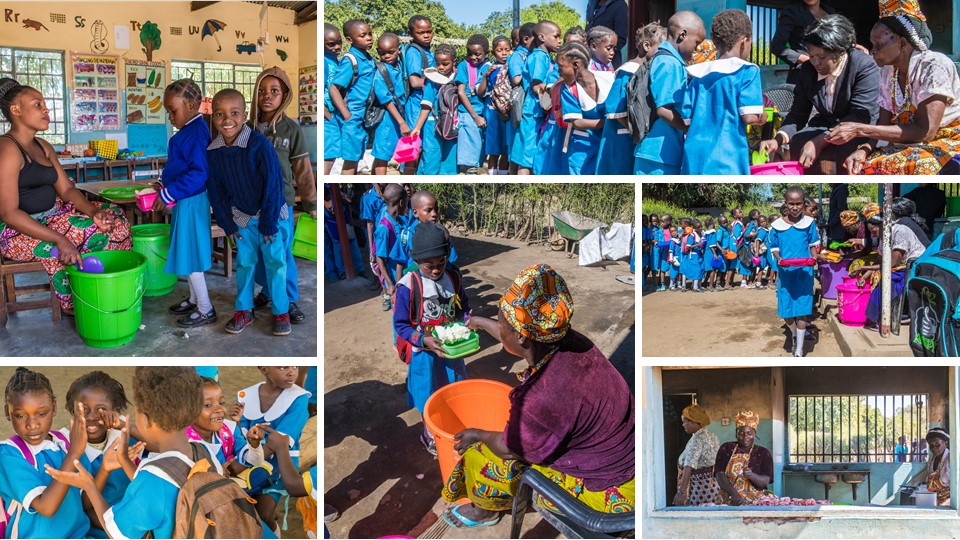 Over the past decade, Nakatindi Primary School has seen significant growth in enrollment levels. The first major increase can be seen between 2012 – 2013 where pupil numbers rose by 17%, and the second from 2013 – 2014 where pupil numbers rose by 15% and from 2014 – 2015 where numbers rose by a further 12%. These increases in enrollment levels mark significant moments for AKP’s investments in Nakatindi Primary School: the construction of 2 classrooms in 2012 (and subsequent expansion of the school to include Grade 8 and 9) and the launch of the School Lunch Program at the end of 2014.

However, a drop in enrollment can be clearly seen from 2017 – 2019. Due to restrictions in funding, AKP temporarily suspended the School Lunch Program at the end of 2017 which ultimately resulted in a 12% decrease in pupil enrollment against Term 1 of 2019.

With the re-introduction of the School Lunch Program in Term 2 of 2019, enrollment numbers risen to over 800 pupils. 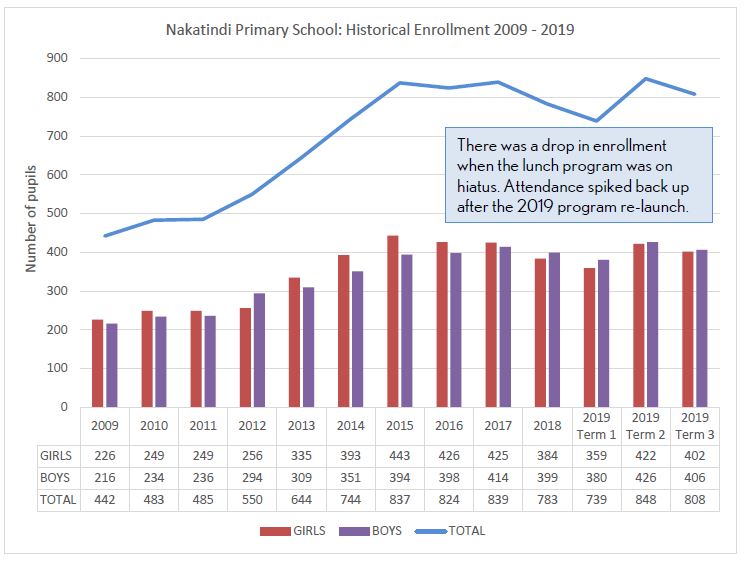