Rhino Baby Spotted in Botswana Thanks to Conservation Efforts

By Cristina
Posted September 7, 2018
In Uncategorized
0

BOTSWANA | In July 2018, Botswana lost two rhinos on a farm in the Gantsi area, making it the second rhino poaching case recorded in the country. Countrywide Botswana adopted a “react first and ask questions later” policy against poaching and it is paying off, especially comparing the poaching figures to its neighbors. 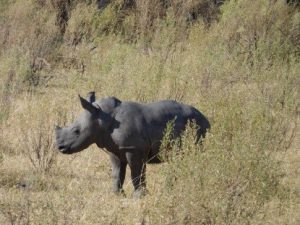 South Africa is a different case altogether and must be treated as such, in that the country hosts 80% of the world’s black and white rhino population, and yet will continue to receive the highest attention from poachers. Caught in the mix of trying to justify that the rhinos must pay for their conservation and their survival, we can only expect to lose many more rhinos to poaching. 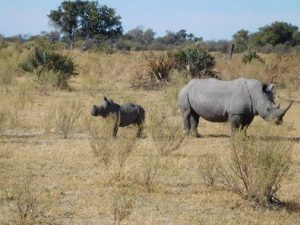 On the other hand, babies are still being born in Botswana’s wilderness, following mass reintroductions of rhinos in 2015 and 2016. The AKP conservation team has recently stumbled on Bogale, one of the white rhino mothers, with her one month old baby. The entire team could not wait to share the news celebrating when the baby was discovered healthy and happy! One monitor said, “I thought I was dreaming when I saw the little one, because I saw Bogale not long ago, just before I went on leave, and surprise! There was the baby, a month later!”

Continuous monitoring of all reintroduced rhinos is critically important, and it is yielding results. The team and Rhino Conservation Botswana (the main link between our AKP project and our government) now know a lot more about the behavior of many of the reintroduced rhinos. Even more important to the project is to monitor, and try to understand, the lives of all rhinos born in wild Botswana, as they will give us a true and complete picture of the lives of rhinos in this natural environment. 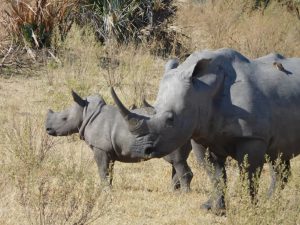 AKP is also working on a new project to reintroduce more rhinos towards the southern parts of the Moremi Game Reserve, early to mid-2019. This project will certainly increase the number of rhinos in this part of the reserve, and, with a brand-new rhino monitoring station, provide continuous anti-poaching presence in this area. We are very excited about this project and can’t wait to implement it.