BOTSWANA | African rhino are fighting for survival. They are being poached at a rate that could wipe out the entire species in the wild within the next 10 years. Conservation efforts in Botswana could be the answer to helping rhinos beat extinction – and AKP remains at the forefront of this critically important work.

After translocating a significant number of black and white rhino to the Moremi Reserve in 2015, the AKP-supported Rhino Conservation Program was left with several unanswered questions in their complex efforts to protect the endangered species. What are the foraging habits of rhino? Are the rhino more vulnerable to diseases in their new environment? What will be the range of rhino monitoring in the Moremi? How are rhino adapting to their new environment? Can the area sustain the reintroduction of more rhino?

Enter our AKP Conservation Officers.  In collaboration with Rhino Conservation Botswana (RCB), Botswana Anti-poaching Unit and Botswana Police, our Conservation Officers were selected and trained to represent the frontline of a new monitoring program focused on growing the local rhino population within the Reserve and collecting essential data to inform decisions on the future of the species.

AKP has provided the duo with their own vehicle equipped with a GPS unit, radio, camera, and computer with the latest tracking software so that they can easily pinpoint and identify specific rhino populations throughout the 5,000 square kilometer Moremi Game Reserve. On a daily basis, our Conservation Officers spend hours out in the Reserve studying the behavior of the rhino. They record what the rhinos are eating and where, their seasonal feeding patterns, and whether they are socializing or mating with other rhinos. All information collected is shared, through RCB, with key decision-makers, in order to benefit rhinos across Africa. Their research will contribute to our understanding of the impact and effect of translocation on both the rhino and the environment.

Operating at the landscape-level requires the ongoing collaboration between our partner organizations, Rhino Conservation Botswana, as well as local camp and lodge operators. Along with our A&K guests who are inspired to support our efforts, we are stronger together. New discoveries from our Conservation Officers will lead to improved protection, understanding – and most important, hope for the endangered rhino. 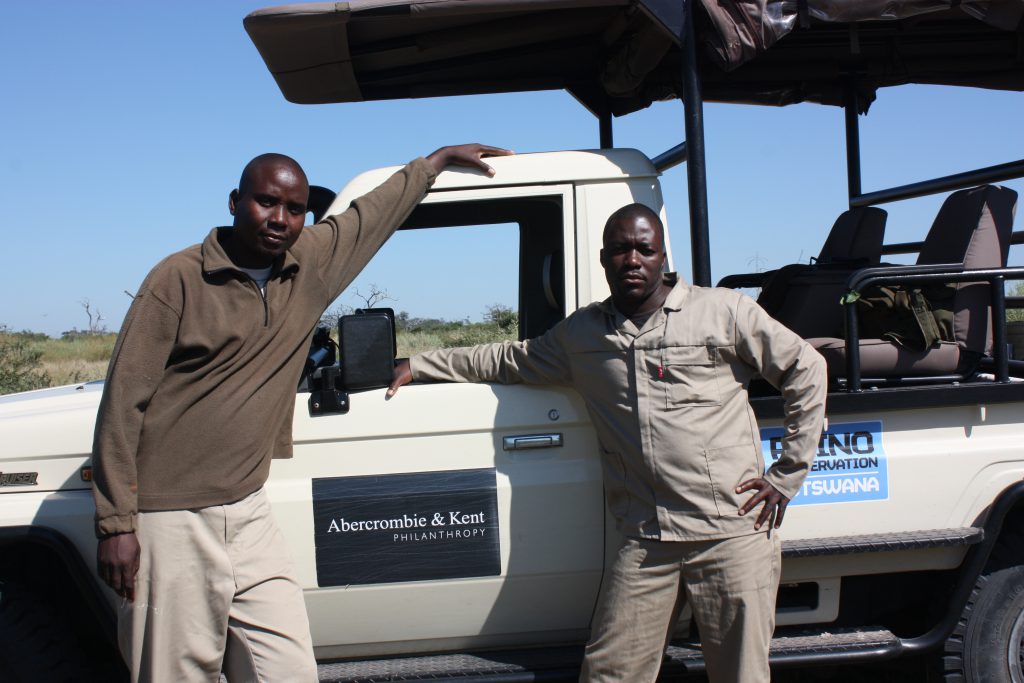 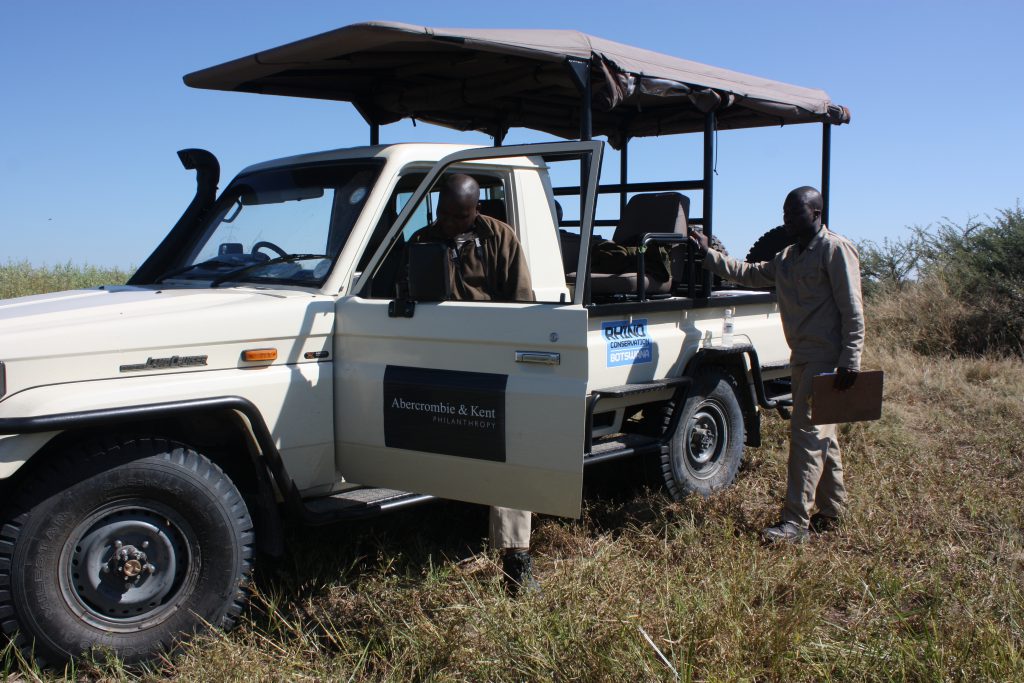